The city will debut a joint project in January 2014

Under this premise, there will be two large quotes in the same city:  FIMI, the International Tradefair for Young People’s Fashion and zero to four, the international baby’s trade fair. Three intense days in which claim, communicate and promote the universe of childhood. This edition adds the synergies of both contests – who walk closer together – and power a showcase of quality across each one of the protagonists of the universe for children. A large sample that welcomes all: children’s footwear, fashion accessories, small jewelry, baskets, furniture, gifts and much more. 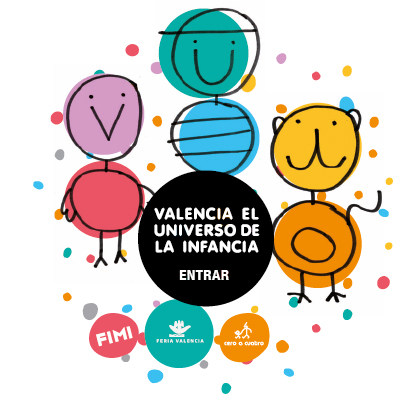 The child as a value, such as heritage, as treasure. Thus Valencia considers children as something pure to protect, but not for his weakness, but for its value. Childhood is the most important treasure of the world.

Valencia saves this year, as it has been doing for a long time, the key to this treasure. The universe for children is once again concentrating on the shores of the Mediterranean. It is no coincidence, since you just need to look at a map of the world to realize that Valencia is the Centre. A window to the world with its own character.

FIMI grows and continues to grow, and this time it will be 76. An edition which is the confirmation of a project that has become a worldwide reference in the field of the children’s fashion industry. A (re) confirmation, Yes, but this time FIMI comes with an air of change. A commitment to communication, exchanges, dialogue. A commitment to share that treasure that Valencia keeps with much appreciation.

FIMI and zero to four have become more international than ever, with a clear goal: more is better. Because the capital of children is not a matter of random, FIMI organised this year by the AGENDA, a project to optimise exhibitors and buyers throughout the fair. In addition, the contest undertakes to protect companies that will premiere in the big universe which is FIMI and zero to four.

There are many developments that will take place during this Edition, all creative ones with with the goal of promoting synergies between both sectors. Rooms at Lucy and Daniel; I exposure of Spanish children footwear; The Pop Up Market; the first parade of the young promises of nuditos and the incorporation to the offer from a group of artisans who add their traditional designs to the competition will be, among others, the novelties of this edition that will be sweetened with cookies and cupcakes that will be developed live.

Fashion and childcare. Childcare and fashion. There is nothing else that one can find in Valencia from 25 to 27 January. The universe for children reopens its doors.